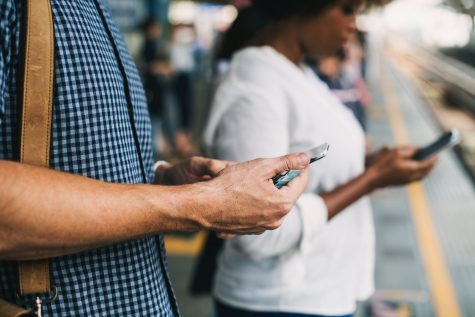 Two of the most potent forms of marketing at the moment are mobile and video marketing. And it turns out that you can kill two birds with one stone.

Statista recently released fresh data that shows how the already successful YouTube is growing even more, especially on mobile. According to their findings, YouTube is now responsible for 37 percent of all mobile Internet traffic.

That’s light years ahead of their next biggest competitor, Facebook.

That’s really impressive and shows just how much people love watching YouTube on their mobile devices.

What it Means for Video and Mobile Marketing

Video marketing is absolutely exploding right now. While traditional, text-based content is still popular and will likely never go out of style, Internet users definitely respond well to video. So naturally, a large number of lawyers have implemented video into their content strategy or are planning on doing so in the near future.

Say you start investing time into creating a steady stream of YouTube videos and grow your channel until you have several thousand subscribers. You should get a considerable amount of attention from desktop users.

But where you can really thrive is with mobile users. With such a large amount of what’s viewed on mobile devices coming from YouTube, you can get your law firm front and center. This can help you reach a larger audience, build trust and rapport and generate a higher volume of qualified leads.

And this can give you an incredible advantage over other law firms that aren’t active on YouTube. You’re not only building a YouTube following, you’re bringing in incredibly valuable mobile traffic.

It should be noted that there’s more to it than “just creating videos.” You need to create the right videos with the right length. This is something I actually discussed in a previous post.

The main thing you need to know is that people respond most favorably to brief videos between 2 – 4 1/2 minutes. Keeping them short and sweet is critical for grabbing users’ attention and keeping them engaged.

Being aware of trends like these is a big part of being successful with legal marketing. If you’re looking for an effective way to increase mobile traffic, focusing heavily on YouTube is a great way to go about it.